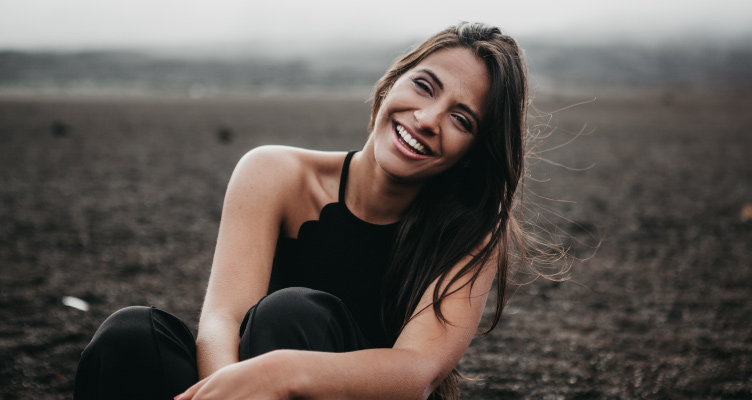 When you think of a Hollywood smile, you probably picture dazzling teeth that are bright, white, and straight. But did you know that the Hollywood smiles of many actors and actresses aren’t natural, or even always created by orthodontics and professional teeth whitening? Many of those perfect smiles are thanks to dental veneers! Here, we’ll discuss dental veneers through the ages and how they came to be what we have today.

Before there were dental veneers, there were dentures. While dentures aren’t the veneers we know today, back then they were similar in that they were custom-crafted to replace teeth with something of the designer’s creation. The earliest known case of false teeth, made of wolf teeth, were found in Mexico and date back to 2500 BC. Later, in 700 BC, the Etruscans of Italy attached animal teeth to bands and wire to make something denture-like.

The Japanese made wooden dentures in the 16th century by taking an impression of a patient’s mouth using softened beeswax to create a model. False teeth were then carved from wood to match the model exactly.

Many impressive breakthroughs with false teeth occurred during the 1700s and 1800s. Pierre Fauchard, known as the father of modern dentistry, published The Surgeon Dentist in 1728 and in it described how to make dentures with a metal frame and animal bones. Then, in 1791, Alexis Duchâteau and Nicholas Dubois De Chemant worked together to make and patent the first porcelain dentures, helping to lay the groundwork for porcelain veneers. In 1850, Vulcanite, a hardened rubber, was created and used to set porcelain dentures.

The 20th century saw the real birth of dental veneers by Charles Pincus in 1928. He originally created a way to temporarily enhance an actor’s smile on film shoots with veneers, an acrylic tooth cap placed over their existing teeth. These were then removed once they were done shooting scenes. In 1937, Dr. Pincus made further advancements by using denture adhesive to temporarily cement the veneers to teeth. However, it wasn’t until the 1980s that the veneers we know of today came into existence. In 1982, Dr. Simonsen and Dr. Calamia discovered how to etch porcelain with hydrofluoric acid so that the composite resin and porcelain could bond the veneers to the tooth permanently.

Today, veneers typically last about 10 to 30 years with proper care thanks to further advances in bonding agents and cements. They are typically placed by removing a thin layer of enamel from your tooth that needs the veneer. Then, an impression is taken of your tooth so that your veneer can be crafted to fit perfectly over your tooth. Once your veneer is ready, your tooth receiving the veneer will be etched so that bonding can occur by cementing the veneer onto your tooth. A single veneer that blends in with your other teeth can be used to cover up a discolored, chipped, or irregularly shaped tooth; or, we can help you design an entire mouth of veneers to create your dream smile!

Questions About Veneers? We Have Answers!

If you have any other questions about dental veneers, contact us today to schedule a consultation to see if they are right for your smile goals.

MENU
Back to Top