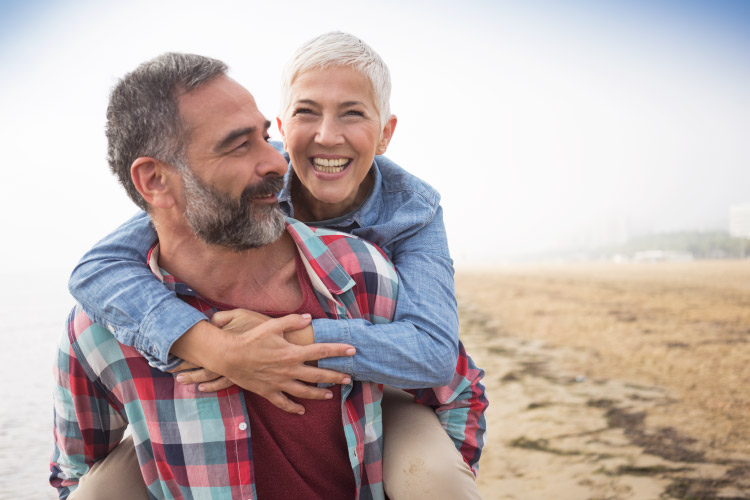 Primarily the result of poor oral hygiene, gum disease affects approximately 75% of American adults over age 35. It is caused by the buildup of plaque, which is a sticky film of bacteria. Although this film forms naturally on teeth, if it is not removed by regular brushing, plaque will harden into tartar, which can only be removed with professional cleaning. Both plaque and tartar lead to gum irritation and inflammation. Irritated gums start to pull away from teeth and form pockets, where even more bacteria collects, resulting in infection.

In its earliest stage, gum disease is called gingivitis. This gum inflammation is characterized by gums that bleed easily, and are abnormally red, and swollen. Advanced gum disease is called periodontitis, which involves infection and the destruction of oral tissue and bone, which frequently leads to tooth loss.

The most common cause of dementia is Alzheimer’s disease, a progressive disorder that causes brain cells to degenerate and die. Death of these neurons leads to memory loss and confusion, and inhibits the patient’s ability to function independently. Advanced stages of the disease eventually result in death—typically due to dehydration, malnutrition, and/or infection.

The most recent study linking gum disease and Alzheimer’s disease was published in the January 2019 issue of the journal Science Advances. Researchers examined the brains of deceased people with Alzheimer’s disease and discovered them to contain P. gingivalis, a bacteria that causes periodontitis. In more than 90% of the brain samples, they also found toxic enzymes produced by another periodontital bacteria called gingipains. However, the researchers noted that many patients with dementia are unable to maintain regular oral hygiene, therefore the presence of gum disease could be a result of Alzheimer’s disease instead of a contributing cause.

Another study, published in the May 2018 issue of the Journal of Alzheimer’s Disease, also linked Alzheimer’s disease to gum disease. In this study, brain tissue samples both with and without dementia were evaluated. Gum disease bacteria was found in every patient with dementia, but in none of those who did not have dementia. According to the researchers’ theory, gum disease bacteria which enters the bloodstream as a result of chewing, eating, toothbrushing, and other ordinary activities may kill brain cells when it reaches the brain.

By following a few simple steps, you can greatly reduce your risk of getting gum disease—and possibly Alzheimer’s disease (although further research is necessary to conclude causation):

Do you have any additional questions or concerns about gum disease? If so, contact us at Farmington Dental & Orthodontics to set up an appointment today!

MENU
Back to Top